The USGS continues to closely monitor volcanoes around the United States, with four now at Orange / Watch elevated due to noted activity on all four of them. The Great Sitkin, Pavlof, Semisopochnoi and Kilauea are the four volcanoes showing signs of trouble.

With the exception of Hawaii’s Mauna Loa, which remains yellow / advisory, all of the other volcanoes that the USGS closely monitors are Green or not rated.

The USGS tracks about 169 volcanoes that could become active in the United States, the majority in Alaska.

In terms of distance from Anchorage, it’s about 26 miles east of Adak, 1,192 miles southwest. As described by AVO, the volcano has a composite structure consisting of an ancient dissected volcano and a new parasitic cone with a 1.8 mile diameter summit crater as the centerpiece.

In an eruption in 1974, a steep-sided lava dome formed in the middle of the crater, occupying the entire interior. A massive explosive eruption on the southwest slope of the volcano occurred about 280 years ago, causing pyroclastic flows that partially filled the valley of Glacier Creek.

The Pavlof volcano is a stratovolcano located 600 miles southwest of Anchorage on the Alaska Peninsula. The volcano is 4.4 miles in diameter and has active vents near the summit on the north and east sides.

The volcano has erupted more than 40 times in the past, making it one of the most active in the Aleutian Islands. The Aleutian Arc sits on the Pacific Ring of Fire, a volcanic hotspot.

The AVO has recorded earthquakes and small explosions over the past 48 hours. Despite the cloud cover, AVO estimates that these explosions probably produced low ash emissions.

Semisopochnoi is the easternmost place in the United States and North America, due to its geographic position on the globe at 179 ° 46 ′ East. It is located just 9.7 miles west of the 180th meridian, making it the most easterly land location in the world.

Located in the Aleutian Islands, Semisopochnoi is one of 14 large volcanic islands and 55 small uninhabited islands that form a chain. These islands, with their 57 volcanoes, form the northernmost part of the Pacific Ring of Fire. AVO reports that the north crater of Mount Cerberus is still erupting. 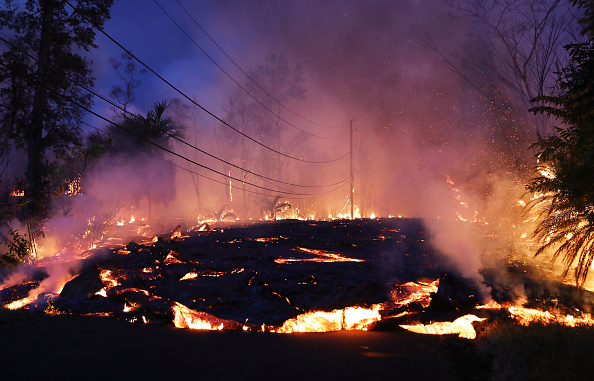 Due to its aerial appearance, many believed Kilauea was just a satellite of its larger neighbor, Mauna Loa. However, decades of investigation show that Kilauea has a magmatic plumbing system that reaches the surface at a depth of nearly 60 kilometers.

Its top is really part of a curved line that covers Mauna Kea and Kohala but not Mauna Loa. Mauna Loa is the the highest active volcano in the world at 13,681 feet above sea level.

The Mauna Loa eruptions are likely producing a large amount of rapid lava flows capable of impacting the eastern and western regions of Big Kona Island in Hilo.

For more information, updates on volcanic eruptions and similar topics, be sure to follow Nature World News!

© 2021 NatureWorldNews.com All rights reserved. Do not reproduce without permission.

Explosive Secret of Volcanoes – The Hindu

Volcanoes that have erupted for millennia in a certain way have the capacity to undergo unexpected changes We all know the basics of volcanoes. These are spots on the earth’s crust from which molten rock, volcanic ash and some gases can escape from an underground chamber. Molten rock is called magma when it is below […]

About 75% of the world’s volcanoes live along the aptly named Ring of Fire. It’s logic. Squeezing a boundary between tectonic plates, the Ring of Fire is an open seam within the planet. But then there’s Hawaii, a chain of volcanic islands right in the middle of the Pacific Plate, far from any border. What […]

But that might not be the case in the future, especially if global warming and melting ice caps are taken into account. It should be noted that the report’s findings make no predictions about volcanic eruptions or the potential dangers posed by volcanic islands. Instead, the report should provide researchers with more context for the […]